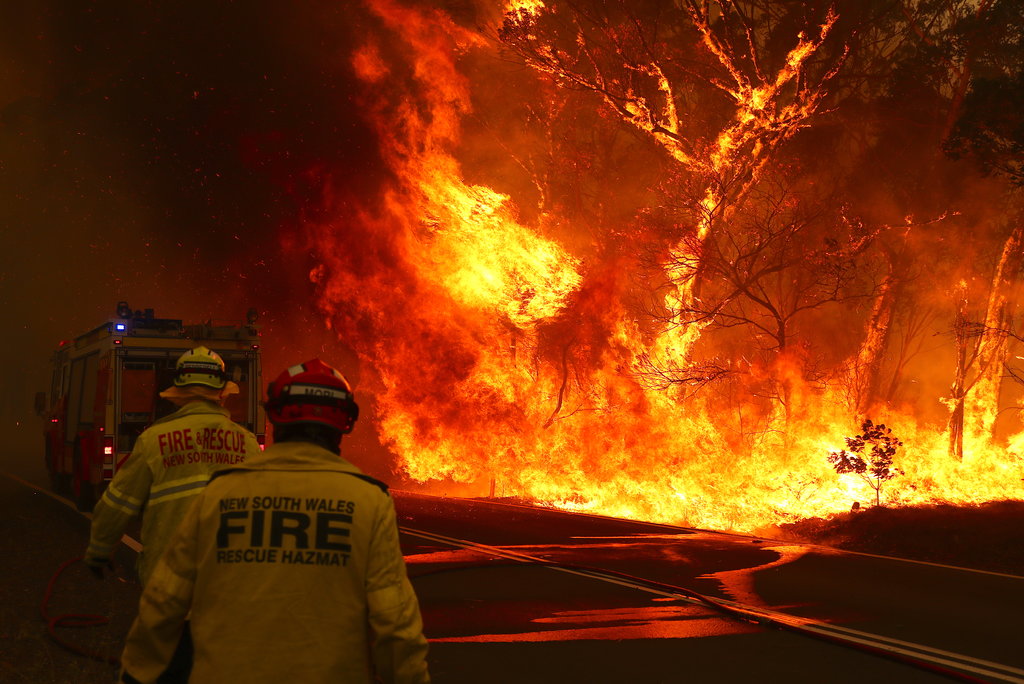 Bushfires have killed at least seven people in the Australian state of New South Wales since Monday, say police.

The latest fires, which raced towards the coast this week, have also destroyed more than 200 homes.

Conditions have eased slightly, and a major road that was closed in Victoria was reopened for two hours on Wednesday to allow people to leave.

But many people remain in fire-hit areas – in one town, police dropped off 1.6 tonnes of drinking water by boat.

Local media also reported a further death in Victoria. The deaths brings the total of fire-related fatalities across Australia this season to at least 18, with warnings this could rise.

Of the homes destroyed, 43 were in East Gippsland, Victoria, while another 176 were in New South Wales.

Reports presented in the HoR session