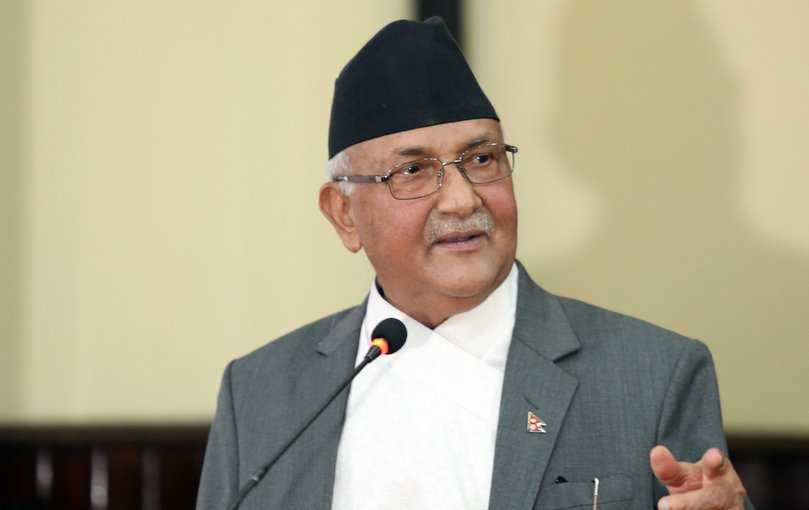 Kathmandu : Prime Minister KP Sharma Oli has extended best wishes to all Nepali brothers and sisters at home and abroad on the occasion of New Year 2020. “I wish the New Year becomes a year of happiness, peace, prosperity, progress and good health for all,” he has said in a message of best wishes today.

Stating that the year 2019 passed as a year of stable politics in Nepal with an upgrade in Nepal’s position in the global map, the Prime Minister has said that the New Year will see our steps towards national prosperity take strides with stronger determination.

“As we come to the eve of another new year, the foundation that we have set for development and prosperity will gain notable heights next year, ” Prime Minister Oli has said while expressing the determination to take the campaign of prosperity of the country and happiness of the people to a meaningful end. He has also appealed to people of all professions, region, class and communities to support this campaign.

The Year 2020 is also being observed as Visit Nepal Year, when millions of tourists will be heartily welcomed to the country. It may be noted that the government is observing VNY 2020 with the target of bringing in 2 million tourists during the twelve months of the year.

January 1 in the Gregorian Calendar and as per Anno Domini year system is observed in majority of the countries as New Year while Baisakh 1 based on the Lunar Calendar is observed as our New Year as per our traditional custom and culture. And going by the international practice, we also observe January 1 as the New Year, reads the message by the Prime Minister.