September 20, Kathmandu : Prime Minister KP Sharma Oli has said nobody should be divided into ruling side and opposition side in the context of implementation of the constitution.

Addressing the main programme organized at the Nepal Army pavilion, Tudikhel on the occasion of the Fifth Constitution and National Day today, Prime Minister  Oli reiterated that any obstacles coming up in the course of constitution implementation would be gradually removed and the constitution could also be revised.

The Prime Minister has also mentioned in detail in his address regarding the economic development and achievements made so far during his term in office.

The main programme was held in the presence of President Bidya Devi Bhandari. Nepal Army, Nepal Police, Armed Police Force and other bodies presented the cultural tableaus, songs and dances of all the seven provinces. Flower petals were showered from a helicopter of the Nepal Army in celebration of the Constitution Day and National Day. 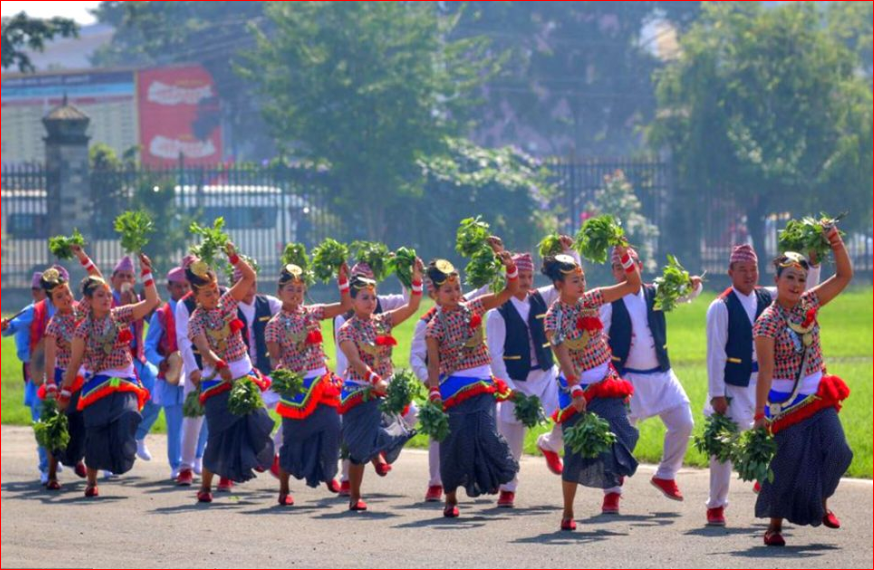 A float related to the Visit Nepal Year 2020 and depicting the various development construction works was also taken out.

The participants had waved the national flag. Colorful balloons and pigeons symbolizing peace were also flown on the occasion.