June 11, Geneva : Prime Minister KP Sharma Oli has said Nepal has redefined the notion of life-long job by social protection to all workers irrespective of their nature of job, ensuring fair balance between flexibility and social security.

In his Statement to the 108th Session  of the International Labour Conference in Geneva, Switzerland yesterday, Prime Minister Oli said that Nepal’s laws did not discriminate workers on the basis of their status – regular or irregular, outsourced or contractual and those coming from organized or informal sector. He said it was a way the government had successfully concluded the process of formalizing the informal sector. 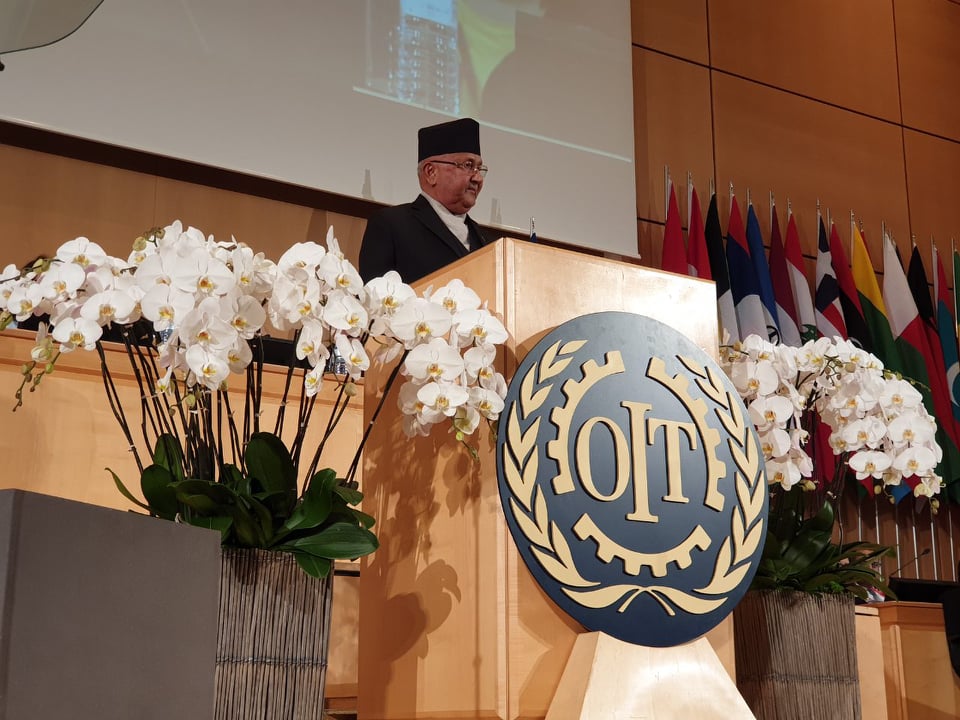 The PM said that Nepal was endowed with vast natural resources as well as rich demographic dividend, which made future of the world of work in Nepal highly promising. He also informed the world community that Nepal’s democratic Constitution was founded on the ideals of equality, non-discrimination, and social justice.

Stating that Nepal’s Constitution embodies social justice, right against exploitation, rights to work, remuneration and social security as well as right to trade union and collective bargaining, the Prime Minister said that the right to education, health care, food, housing, culture and language were guaranteed as fundamental rights of the people. The PM said the government had enacted a number of implementing legislation’s to enforce the fundamental rights, including those related to the world of work.