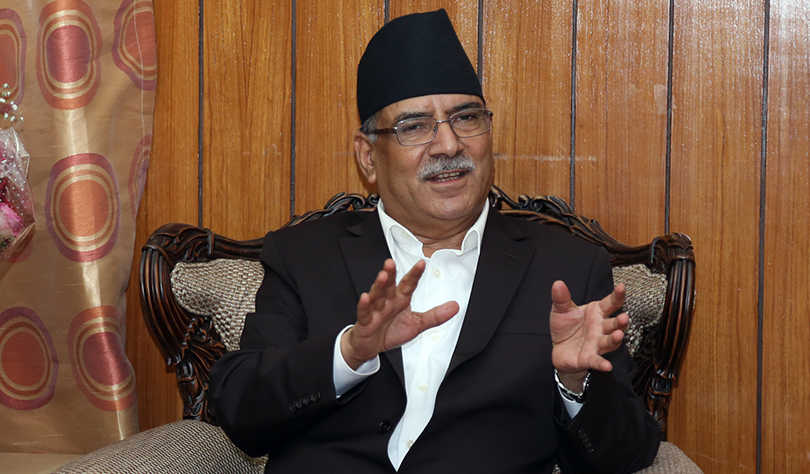 Kathmandu: Nepal Communist Party (NCP) Chairperson Pushpa Kamal Dahal ‘Prachanda’ has urged NCP leaders and cadres to stand united against all sorts of tendencies and elements that weaken the party.
Issuing a press statement here today, Chairperson Dahal clarified that NCP was united and no anti-party activity would have any ‘meaningful’ impact on the party unity.

Dahal, also former Prime Minister, asserted that it was today’s historic responsibilities to safeguard the political changes with the federal democratic republic that was achieved after huge sacrifices and struggle of the Nepali people.

In the statement issued in the wake of the dissolution of the House of Representatives by Prime Minister KP Sharma Oli, Dahal assured that the anti-party activities of a couple of people could not dissolve the party structure and unity.

He urged, “I appeal with all the people not to go by any illusions and stand united against the tendencies and elements that weaken the party.”

Furthermore, he has also mentioned that the Standing Committee of the NCP had already opposed the dissolution of the House of Representatives by Prime Minister KP Sharma Oli on Sunday and reminded in the press statement that the meeting also decided to take disciplinary action against PM Oli.