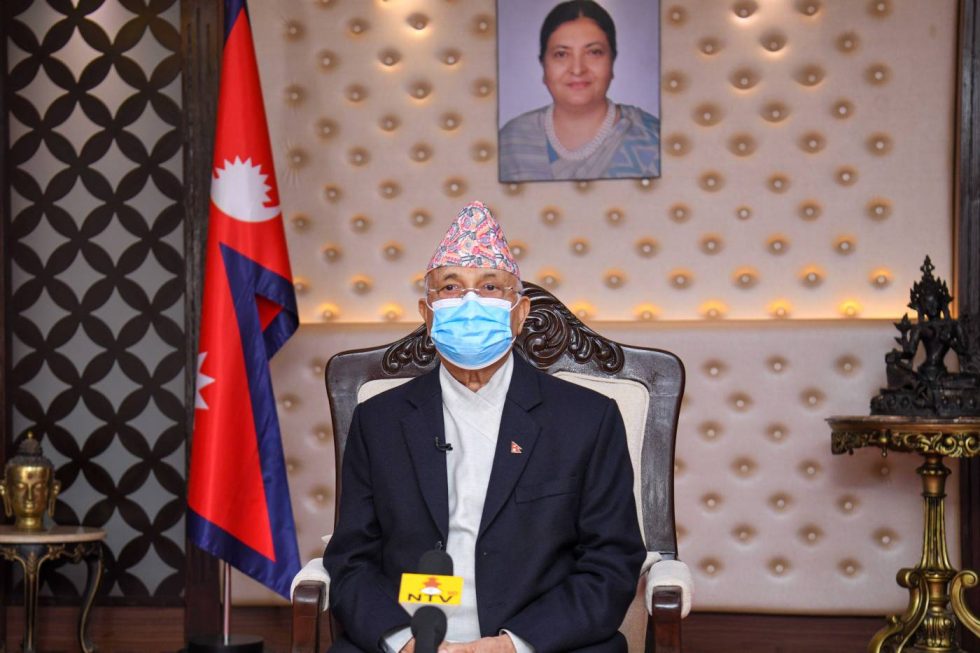 Kathmandu, May 16: The Covid-19 Crisis Management Centre (CCMC) has directed the Ministry of Law, Justice and Parliamentary Affairs to carryout homework for the formulation of few more laws since new laws were necessary to fight against the Covid-19 pandemic.

At a special meeting of the CCMC on Sunday, Prime Minister KP Sharma Oli, directed the ministry and bodies concerned to make necessary preparations since the clauses of the Infectious Disease Act 2020 were not enough to control this pandemic.

The meeting took the decision to move ahead by removing exiting legal obstacles for the immediate arrangement of vaccine and oxygen.

After the meeting, Foreign Affairs Minister Pradeep Kumar Gyawali shared that the meeting also directed the bodies concerned to work with more enthusiasm for the immediate supply of health supplies including oxygen and vaccines.

Saying that the government has made efforts to end the situation of people losing their lives for lack of oxygen, Minister Gyawali said, “The past two weeks became very difficult for us. It is been believed that such a situation will come down gradually.”

The Foreign Minister added that the meeting decided to encourage entrepreneurs to run oxygen industries with full capacity across the nation as the country has been facing shortage of oxygen gas in this hour of pandemic as well as to take diplomatic initiatives and request to bring more liquid oxygen from India.

Stating that some oxygen cylinders were brought from China and India and some others are on the process, he opined that the government has taken the belief that the problem of oxygen crisis would be removed within few days.

The government has analysed that the figure of the infection rate has reached a peak point, it has been informed.

On the occasion, PM Oli directed the concerned agencies to do the needful so that people should not lose their lives due to a lack of money and other problems.

“Do whatever you need to do to save people’s lives by carrying out work fast and promptly. People’s lives should be saved.”

The meeting discussed the issue of declaring a health emergency in the country. A study on the matter is underway, said Minister Gyawali.

To deal with the crisis effectively, he stressed the need for running hospitals and various health institutions under the Ministry of Health and Population and basic hospitals run by provincial and local levels in an integrated manner.

Restriction in Kathmandu Valley eased a bit from today

KMC to unveil its policies and programmes on June 17