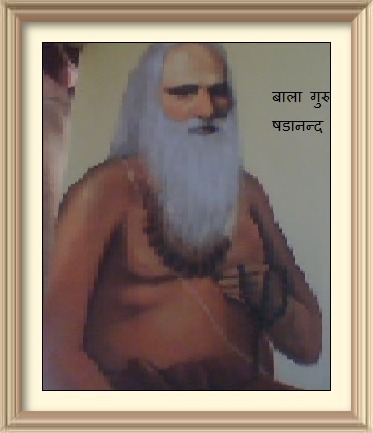 Kathmandu: The birth anniversary of Balaguru Khadananda is being observed today recollecting his contributions to the development of education and social reforms.

Khadananda was born to mother Rukmini and father Laxmi Narayan Adhikari in Dingla of Bhojpur district in Poush, 1892 BS.

Khadananda is credited with establishing the first school in the country in 1932 BS. It was a Sanskrit school open to students from all communities. It was a revolutionary work at that time when only the sons of the then Rana rulers had the privilege of education.

The Balaguru also made provisions for organizing the weekly market every Saturday in Dingla Bhanjyang. This was a time when there were no shops and markets, and essential goods were not readily available. The organization of the weekly market promoted trade and enhanced the income of many people in Bhojpur and Sankhuwasabha at that time.

It was Khadananda who initiated the practice of gardening by planting many types of plants and fruits in his garden. He also started the commercial cultivation of the Rudraksha trees that were found growing in the forests in the area. Not only this, he brought the concept of ‘jageda ban’ meaning forest preserve and established one in Dingla. This is the initial idea of community forestry in Nepal. But it is a sad thing that the forest preserve established by him is now destroyed.

He also established the Sitaram Guthi, a multi-purpose trust, in 1940 BS. The Guthi carried out many activities like running school, constructing temples, resting places and physical infrastructures as trails and management and promotion of religious, cultural and social works.

Moreover, the Balaguru has made a contribution to bringing about social reform. It is said he campaigned against the Sati Pratha which was widely in practice at that time. As per this practice, a woman had to burn on the same funeral pyre after her husband’s death.

His campaign later inspired the then Rana prime minister Chandra Shumsher to abolish this harmful practice in 1977 BS.

In the words of Nepal Academy Vice-Chancellor Dr Jagaman Gurung, the spiritual light kindled by the Balaguru Khadananda in eastern Nepal during the time of Rana rule should be rekindled through more studies and research. According to him, the kind of spiritualism started by the Balaguru at that time has now gone out and it must be revived.