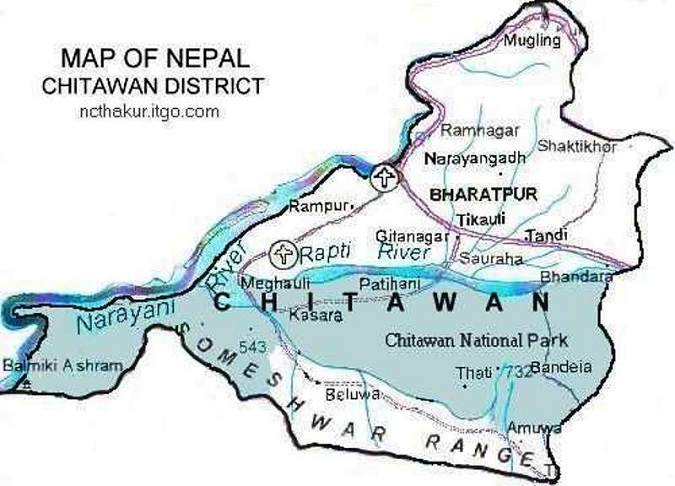 Although the locals retaliated with the Indian move, the district security committee did not pay much attention to it, the locals complain.

A local Prakash Khanal reminded that then King Mahendra migrated some people from Chitwan to Thori for the protection of border area in 2022 BS. “Since then India has time and again removed border pillars during the night. Nepalis visiting the border markets for shopping are also hassled much,” he added.

According to him, although there is no border dispute in this area, Indian security forces are interfering with Nepali people here. The Indian people have made a canal from the Thute stream to irrigate the land. In winter, they take entire water from the stream.

Thori, which is located on the border of Parsa and Chitwan districts is backward in terms of development. It is also distant from the district headquarters.

As the bridge over the Thute stream has not fully come into operation, it has been a huge inconvenience to the people. Two persons lost their lives last year for not having a motorable road for driving an ambulance.

Thori is linked to West Champaran of India in the south border. During the border blockade of 2015, petrol and diesel were imported from this border point. There is also a custom office here.

The Thori people have been demanding the increased presence of Nepal’s Armed Police Force, which they believe, would discourage the Indian excesses. A local Narayan Silwal said, “We’ve retaliated with the Indian forces several times. We don’t accept any outsider strutting in our land. We need help from the administration,” he stressed.

After the Thori people reacted to SSB’s effort to set up a post at no-man’s-land at Bijaybasti two weeks back, the SSB had retreated.