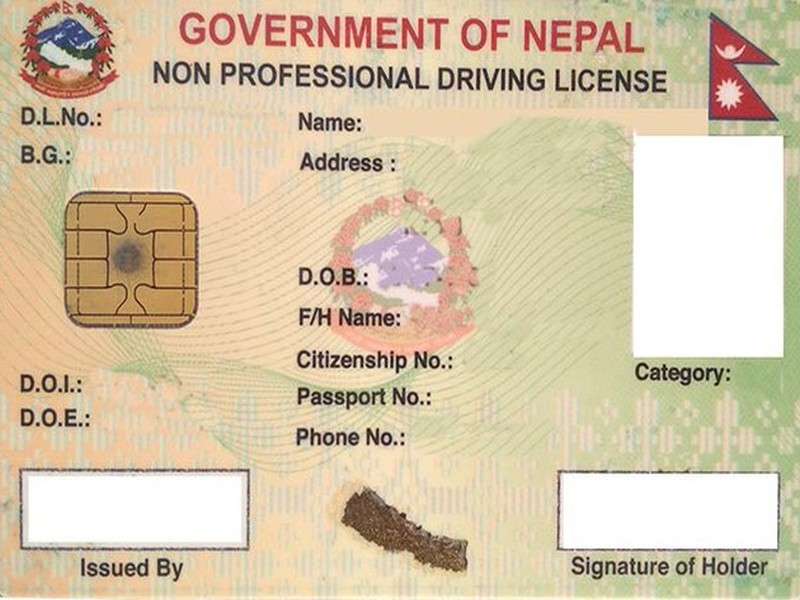 A joint team of the Metropolitan Crime Division, Teku and Metropolitan Traffic Police Division (MTPD) apprehended them from various places in Kathmandu and made them public today.

Senior Superintendent of Police (SSP) Shahakul Bahadur Thapa shared that the arrestees were Deepak Blon and Buddhi Bahadur Roka of of Sarlahi, Ashok Karki of Boudhha and Kumar Tandukar of Lazimpat in Kathmandu and Mohan Yadav of Simara in Bara district.

Police first found about the racket after they spotted the driving license from Deepak Blone from Putalisadak on 31 December. Upon the interrogation, police busted the racket.

According to Police, Buddhi Bahadur Rokka aka Subash was involved in designing the fake driving license at Ashish Studio in New Road. He would then print them from the adjacent Photo Concern. He would charge as much as Rs 30,000 for a fake smart driving license.

The investigation showed that the Photo Concern was involved in designing the fake identity cards of various government agencies and selling them by charging a hefty amount.

Chair Dahal urges youths to be focused in upcoming elections

Two including policeman arrested for attempted kidnapping in Baglung