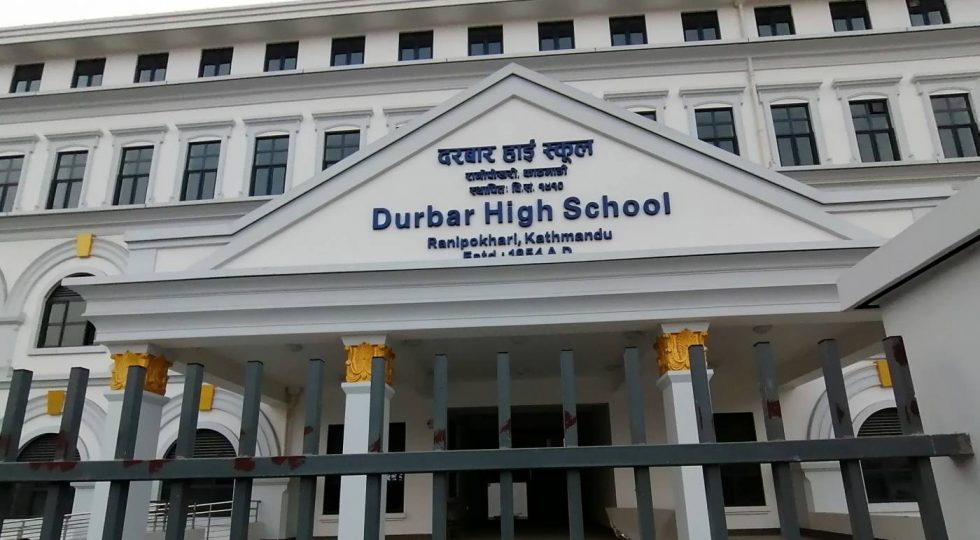 Although the reconstruction of the school damaged in the Gurkha Earthquake in 2015 had completed last February, its handover to the government of Nepal was badly delayed due to Covid-19 pandemic.

Situated opposite Ranipokhari, President Bidya Devi Bhandari had inaugurated the School on 21 October, 2020 following the completion of its reconstruction work by the Shanghai Construction Group, a Chinese company, at the cost of Rs 850 million.

Following the reconstruction, the School had run its classes virtually during the pandemic. Although the Kathmandu Metropolitan City (KMC) allowed class resumption physically a week ago, it took some more days to resume classes as there had been some administrative works remained to complete, said Paribeshman Bajracharya, ward member of the KMC -27.

Although the construction materials were new, the quake-damaged Durbar High School was rebuilt in its original style. The teaching learning activities in the School were being run in a temporary shelter nearby Balmiki Bidyapeeth at Pradashanimarga after the old building of the School sustained damages during the Gurkha Earthquake.

Classes are run in English medium in the school that now has a new modern science lab. It also has two big libraries, yog room, Ayurvedic lab, computer labs, auditorium and a canteen among others.

Established in 1910 BS during the Rana regime, the School initially provided education to the children of Rana families, it was later opened for the public since 1957 BS.

At present, the school, an iconic monument, has 312 students against 80 in the past academic session. All quotas for Grade 5, 6, 7 and 8 have been occupied, said the School Management. The capacity of each room has been increased to accommodate 42 students from previously 36 given increasing enrollment rate, it was shared.