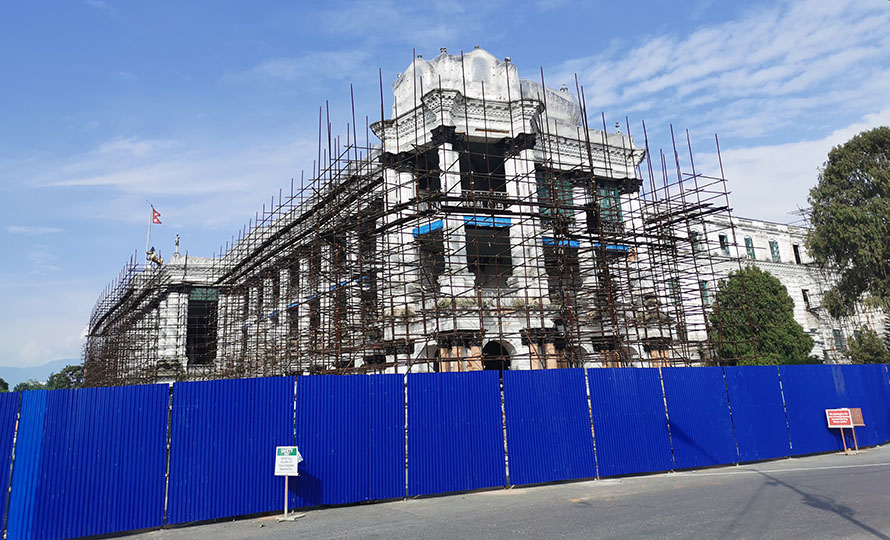 February 15, Kathmandu: Reconstruction of the country’s main administrative hub Singhadurbar where the Office of Prime Minister and Council of Ministers is also based has been completed.

Prime Minister KP Sharma Oli is scheduled to inaugurate the National Reconstruction Authority (NRA)-rebuilt three fronts except for the west of Singhadurbar amidst a program today. The 25 April 2015 devastating earthquake had ravaged the main administrative secretariat building of Kathmandu. 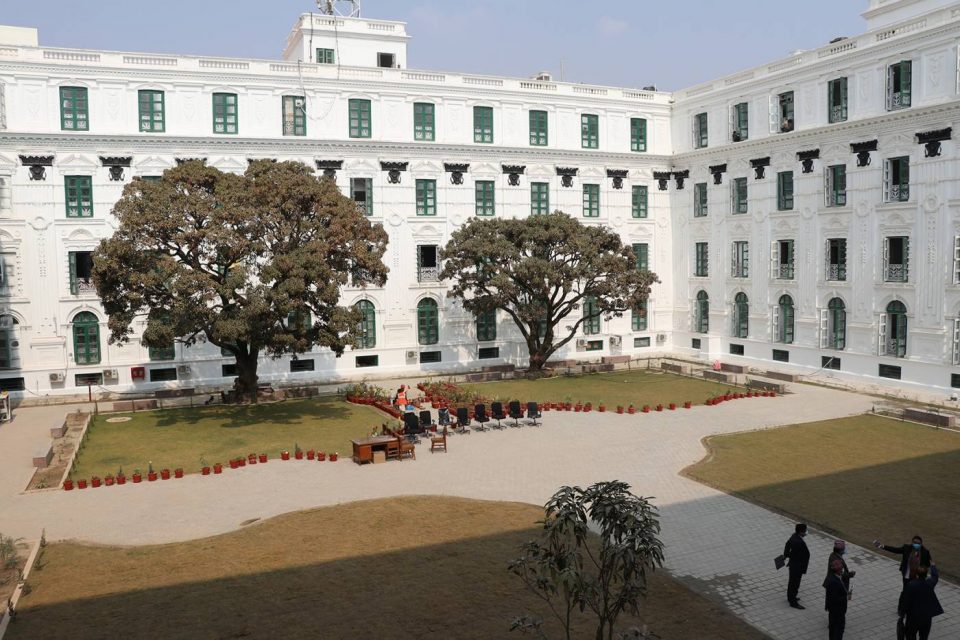 NRA Chief Executive Officer Sushil Gyawali said the building has been reconstructed well through retrofitting. “We have reconstructed the building in an earthquake-resilient way keeping the fundamental structure and style intact. The working chamber and meeting hall have been constructed in line with the existing organizational structure of the OPMCM without compromising international level services and facilities”. 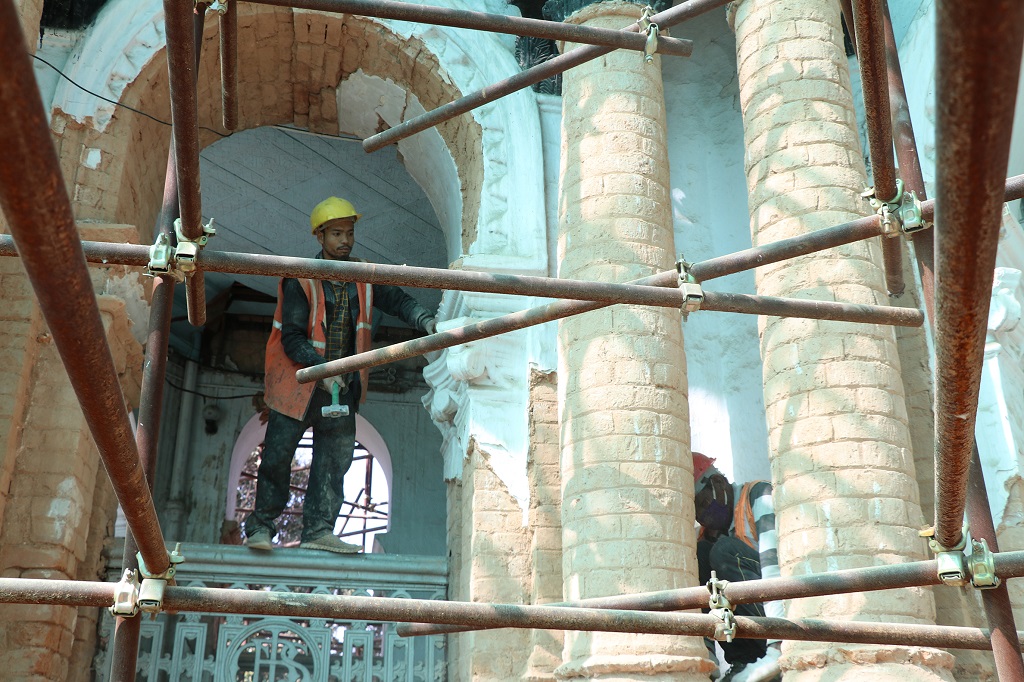 It may be noted that the reconstructed front of the building was ravaged in an inferno of 2030 BS and then rebuilt in its original form by using new technology and modern construction materials in 2037 BS.

Now the building has been reconstructed to make it a well-appointed structure with fire extinguishing mechanisms and air conditioning systems. Rs 870 million has been so far spent for the reconstruction of the fronts excluding VAT, shared Shyam Kishor Singh, project director of Central Project Implementation Unit of the NRA which was looking after the reconstruction of Singhadurbar.

He further said that the retrofitting of the northern, southern, and eastern parts of the Singhadurbar was undertaken by using new technology and modern construction materials such as cement, sand, rod, and bonding chemical without compromising its antique forms and structures.

The reconstruction of the western front of the building has so far witnessed 50 percent physical progress. It is being rebuilt by the Sharma-Gauri Parbati- New Technical JV is retrofitting the front at the cost of Rs 468.8 million.