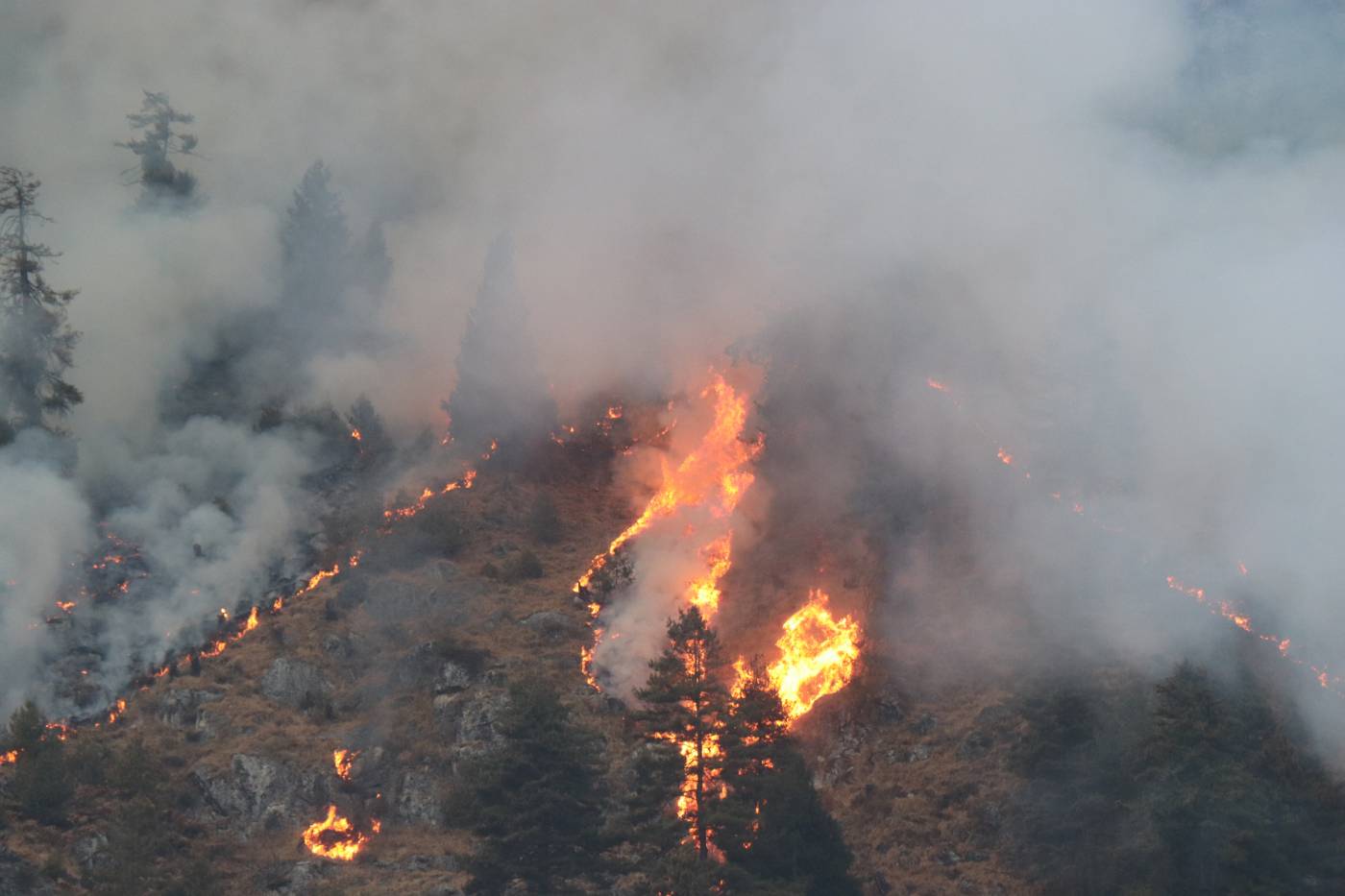 February 14, Manang: Forest fire in Mukhung community forest in Nisyang rural municipality-2 is yet to come under control. The forest fire is taking place since February 11.

A joint team of Nepal Police, Armed Police, and Nepal Army is working with the help of locals to contain the fire. But the steep hill is making it difficult, said DSP at the Armed Police Force Homnath Panthi.

Chief District Officer of Manang Bishnu Prasad Lamichhane also said that every possible effort is being made to put out the fire. He however expressed concern over the delay by the Annapurna Conservation Area Project authorities in finding the origin of the fire.

However, the head of ACAP Manang Lekhnath Gautam said the investigation is taking place with the help of the locals but no clue has been found yet.