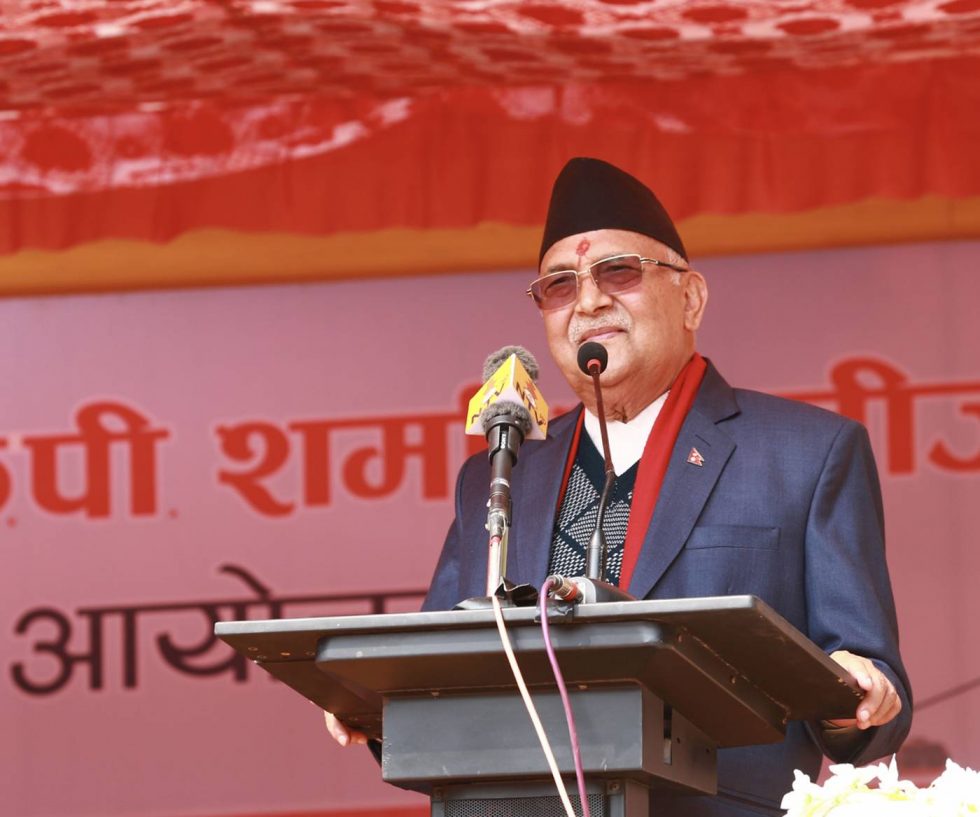 February 14, Butwal: PM KP Sharma Oli has claimed that the Nepal Communist Party has been dynamic after some of the people opposing the party’s motto left the party.

Addressing a mass meeting at Butwal organized by the Nepal Communist Party on Saturday, PM Oli said the present situation had emerged after the new map of the country got overwhelmingly approved from the house.

He said some people had “gone crazy” with the approval of the map form the house.

Referring to the fate of his government in 2016, the PM said despite people-oriented works carried out by the then government, it was toppled then and now to some people in the party had tried to topple the government.

He said there was no option except going to people for a fresh mandate.

The PM said the conspiracy against him was just to make another person the  PM or chair of the party.

The PM said the prime priority of the incumbent government was to realize the motto of “Prosperous Nepal and Happy Nepali”.