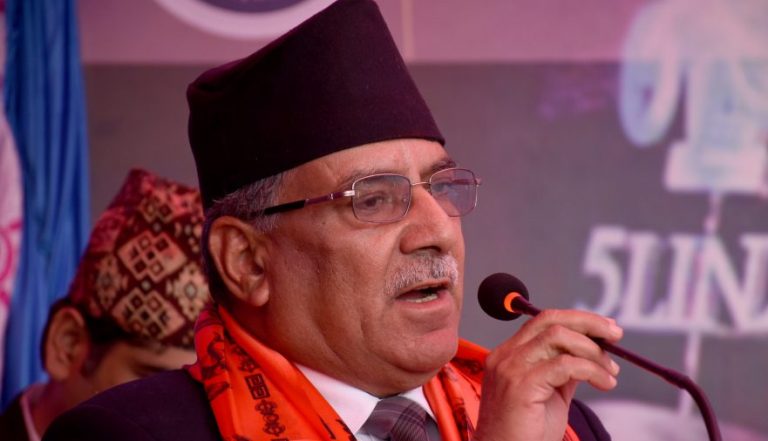 February 13, Kathmandu: Chairman of Prachanda-Madhav faction of Nepal Communist Party (NCP) and former prime minister Pushpa Kamal Dahal has expressed worry over the risk of losing achievements made so far. Chairman Dahal said the risk of losing the federal democratic republic, constitution, and inclusion was being visible.

He said it during a program organized to release a book ‘Jivangatha’ showcasing the trial and tribulations of the families living with injury, and who lost and got disappeared family members in the armed insurgency.

“When I become the first prime minister of the federal democratic republic, the first decision of the Cabinet was the announcement of martyrs to all those who lost lives in the armed insurgency and subsequent movements,” he reminded, adding it was not however materialized. The achievements made so far are the result of the martyrs’ sacrifice, Dahal argued.

Chairman Dahal urged everyone not to belittle the integration of then Maoist fighters in the Nepal army and constitution writing following the peace process. He assured that the party would duly recognize the role of Tharu people who involved in people’s war, people’s movement, and country building.

The book was published by Barbardiya Municipality. The book is edited by rights defenders and writer Sushil Chaudhary, Prabhuram Tharu, and Man Bahadur Chaudhary. The book has captured the life story of 580 people including martyrs, those made disappeared and injured in the insurgency.