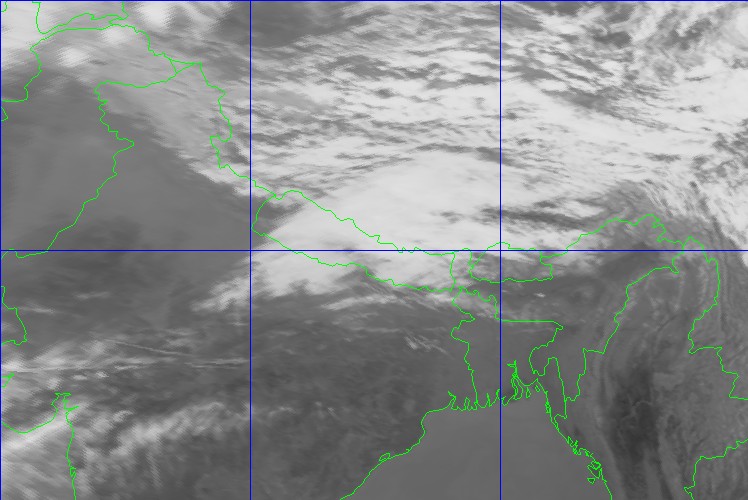 February 10, Kathmandu: The weather will remain partly to generally cloudy throughout the country with chances of light rain at some places of the hilly region and light snowfall in the high hilly and mountainous region today due to the influence of Westerly wind.

Meteorologist Nirajan Sapkota said that however there is less possibility of rainfall due to the impact of this system, which entered the country from the western side on Tuesday. “There is less likelihood of rainfall as the amount of moisture-laden air is nominal in this weather system. Fourteen millilitres rainfall should have occurred during the winter but only 1.3 millimetres rainfall has occurred so far,” he said.

The Westerly that had its influence since last Thursday till Saturday before this was also not much powerful and this weak type of weather system will go away from the country from this evening itself, Senior Meteorologist at the Meteorological Forecasting Division, Sapkota said.

According to him, there is no possibility of heavy rain occurring for some days more. The Division stated that the impact of that weather system will exit since the evening today.

The Division has urged all to adopt the necessary precaution as the cold weather will still remain since there are chances of light to moderate snowfall in the high hilly and mountainous areas and of occurrence of fog towards the morning in some parts of the Tarai.

Forecast for Thursday and Friday

The weather will be partly cloudy in the hilly region and fair in the rest of the areas tomorrow. Likewise, it will be partly to generally cloudy throughout the country on Friday with chances of light snowfall in the high hilly and mountainous region.