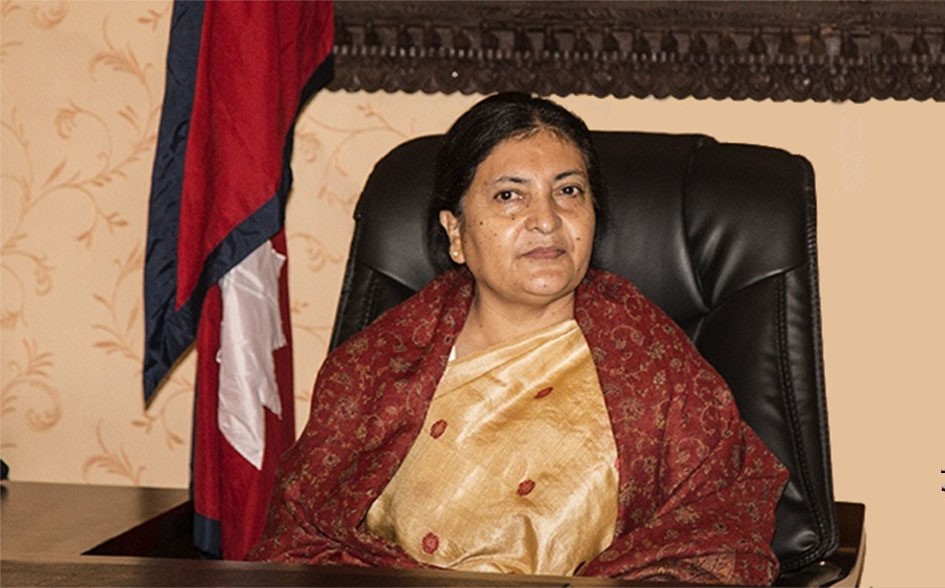 February 10, Kathmandu: President Bidya Devi Bhandari has urged the National Human Rights Commission (NHRC) to take initiative to save the life of agitating Gangamaya Adhikari and intensify investigation on rape-and-murder of teenager from Baitadi, Bhagirathi Bhatta.

President Bhandari urged newly appointed officials at NHRC on these cases, reminding that the health condition of agitating Adhikari was deteriorating with continued hunger strike.

Gangamaya Adhikari has been demanding action against the murderers of her son Krishna Prasad Adhikari from Phujel, Gorkha.

The District Attorney Office in Chitwan had filed case at District Court against 13 persons in the murder of Krishna Prasad Adhikari.

The case is now sub judice at Patan High Court.

On the occasion, NHRC members informed the President that an NHRC team was mobilized for the incident site from its Dhangadhi office and began collecting information in regards to the incident of rape and murder of Bhatta.