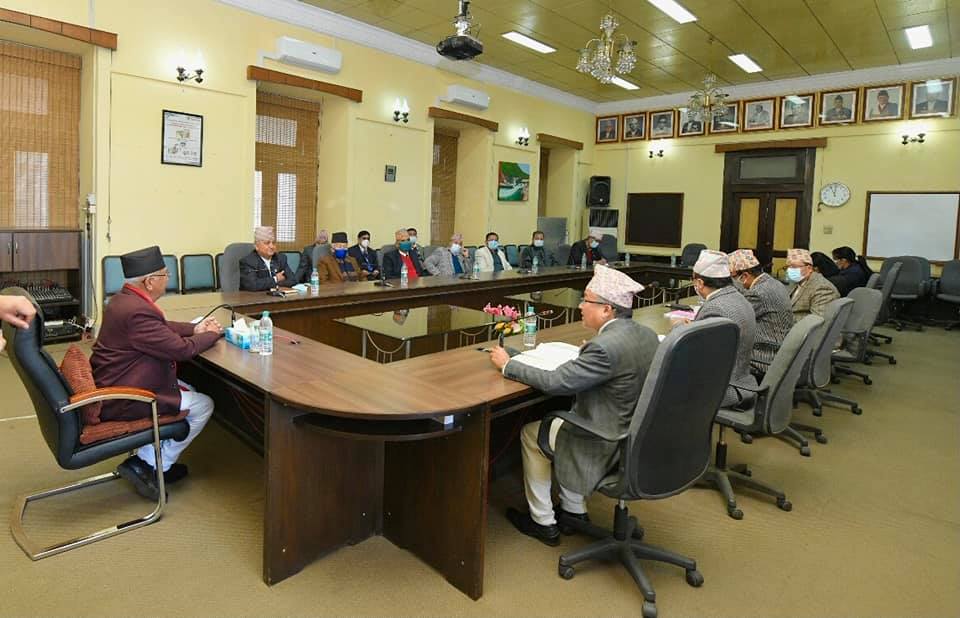 February 10,Kathmandu: Prime Minister KP Sharma Oli has visited the Election Commission and acquired information regarding the preparations for the upcoming elections of the House of Representatives.

Prime Minister Oli gave assurances that there would be no shortage of resources along with the arrangement of security.

The election would be held on the 30th of April and the 10th of May this year.