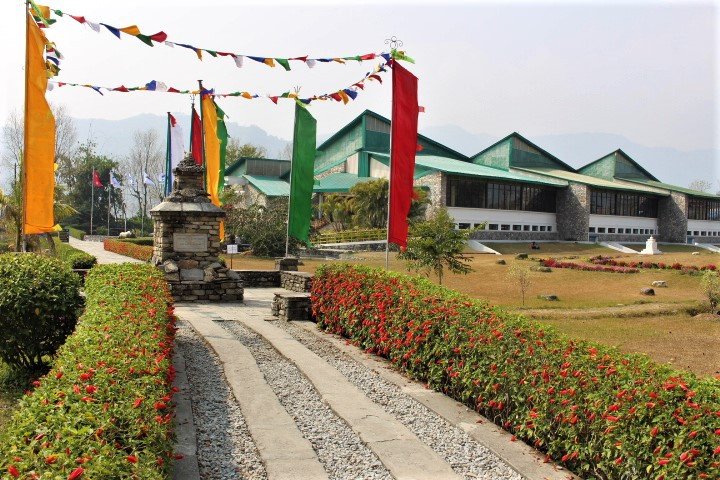 February 6, Gandaki: The International Mountain Museum (IMM) is gradually developing into an attractive venue for studying the mountain culture and nature. Participants of a programme here have called for further making it systematic and well-managed.

The museum is situated at Ratopaihra, Pokhara Metropolitan City-17.

The speakers of the 18th-anniversary function of IMM stressed on the need for promoting and developing the museum as the site where the various aspects of mountain tourism could be observed at the same venue. The programme was organised by Nepal Mountaineering Association (NMA).

Gandaki province minister for internal affairs and law, Hari Bahadur Chuman said tourism has been taken as the main basis of the province’s prosperity and development.

He said the IMM should be developed into a must-see place for the tourists coming to visit Pokhara, pointing out the need of promoting it as a major tourism destination.

The province government minister also shared on the occasion that the provincial government was preparing for the formulation of laws required for the overall development of the tourism sector. He underscored on the active participation of both private and government organisations related to tourism for this.

Stating there was no alternative to preserving the mountain tourism and the trekking routes that are the main foundation of tourism, he called for the systematic and sustainable use and management of such natural heritages.

Secretary at the provincial ministry of industry, tourism, forests and environment, Dr Maheshwor Dhakal spoke of the need of developing the museum, which is the ornament of the province, should also be promoted as the site for study and observation for the students.

President of Pokhara Tourism Council, Gopi Bahadur Bhattarai spoke on the need of preserving the trekking routes which are coming under encroachment and threat from human activities. He also stressed on searching for new tourism destinations and further promoting the tourism sector.

Nepal Tourism Board, Gandaki Province Office Chief Kashi Raj Bhandari, described the Himalayas as the property of the global community. He reiterated on the need of preserving and further promoting trekking routes and the mountains, adding that the Office was effortful towards reviving the tourism sector that has been hit by COVID-19 pandemic.

Chief of the Sagarmatha (Mt Everest) Measurement Team, Khimlal Gautam said eight out of the 14, mountains taller than 8,000 metres are in Nepal and this asset should be linked with the promotion of tourism.

NMA central president Santabir Lama informed that the government has given the responsibility of collecting royalty of 27 mountains of the country to the NMA and out of the amount collected under this heading, it has been providing 25 per cent of this amount each to the provincial government and the rural municipality concerned while providing five per cent to the Mountain Fund.