Influence of Westerly wind: precipitation likely in most places 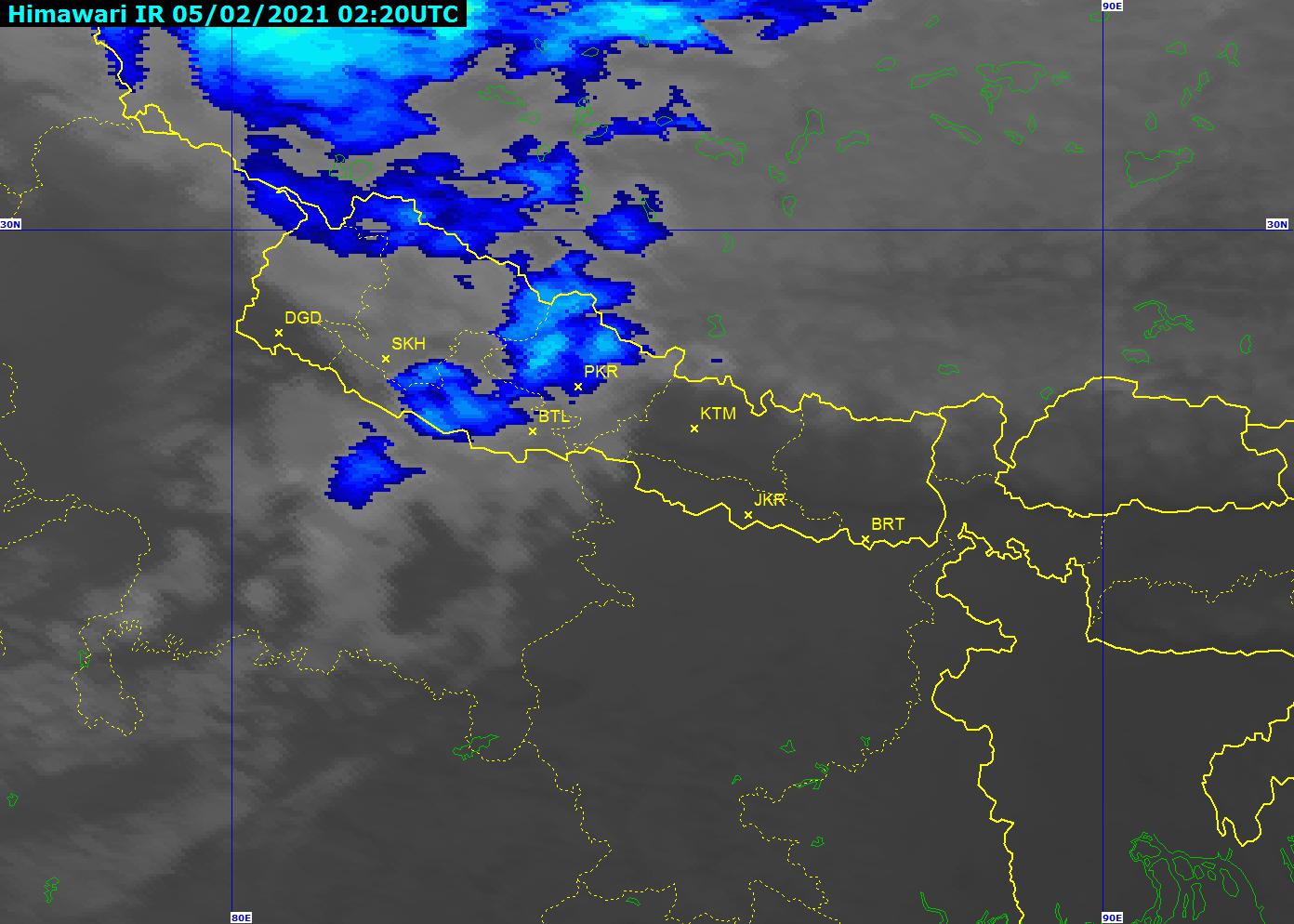 February 5, Kathmandu: The weather will be partly to generally cloudy throughout the country with chances of precipitation in most places due to the influence of the Westerly wind today.

The Department of Hydrology and Meteorology stated that light rainfall is taking place in some places of western Nepal since the morning today. Snowfall has occurred in the high mountainous region.

There is possibility of light to moderate rainfall taking place in the eastern and central regions of the country towards the afternoon and evening today, meteorologist Meen Kumar Aryal said.

“There is no possibility of heavy precipitation occurring as the Westerly is not fully active. Only light to moderate precipitation is likely to occur,” he said.

Rainfall 7.8 millimetres has occurred in the western region of the country today. The influence of this weather system will last until Saturday evening and the weather will be clear from Sunday.