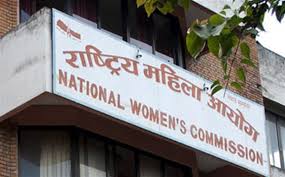 February 5, Kathmandu: The National Women Commission has said it was going to set up contact offices at local levels in a bid to minimize gender-based violence.

Newly appointed Chairperson of the Commission, Kamala Kumari Parajuli, said policy level initiatives would be forwarded to end the violence against women. Coordination would be set up with the local levels in this regard.

“Taking the centralized service to local levels will be my first priority. I will work in a way it shows result in a month,” she said while talking to the National News Agency (RSS) after assuming the office.

Similarly, Chairperson Parajuli viewed that research was also needed to study on violence against women and campaign launched as per the research finding. “Even the reform and revision in law could be opted for making the Commission more active and effective,” she underscored.

The NWC was set up in 2058 BS to protect women’s rights and facilitate legal remedy to the women facing violence. It got the officials after long gap.