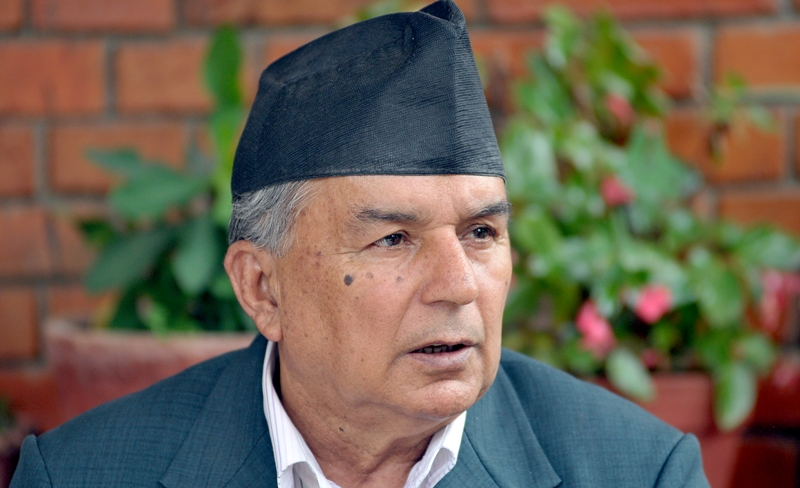 February 5, Damauli: Senior leader of the Nepali Congress Ramchandra Poudel has demanded the meeting of party central working committee in the wake of the recent political developments in the country. Senior leader Poudel who is in his home district Tanahu demanded party President Sher Bahadur Deuba to call the meeting soon so that the party would come up with a clear view on the present political situation.

“The unconstitutional appointments made in various constitutional bodies with the ordinance by avoiding parliament is one of the series of latest political developments,” he argued, adding that NC as the responsible democratic party needs to an unequivocal stand on it.

He has been attending various programmes in the district.