Precedence of house dissolution in 2051 BS by a majority government should be considered: Attorney General 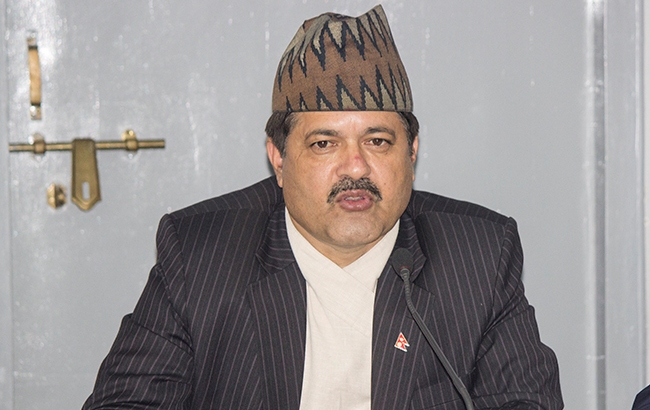 February 3, Kathmandu: Attorney General Agni Prasad Kharel has defended the government’s move of dissolving the House of Representatives, claiming it to be constitutional.

Presenting the precedence of house dissolution in 2051 BS by a majority government, he argued that the incumbent government decided to go for fresh mandate after it was not allowed to fulfil its duties though despite its five-year term.

Attorney General Kharel began his pleading from Monday and wrapped up his arguments on Tuesday.