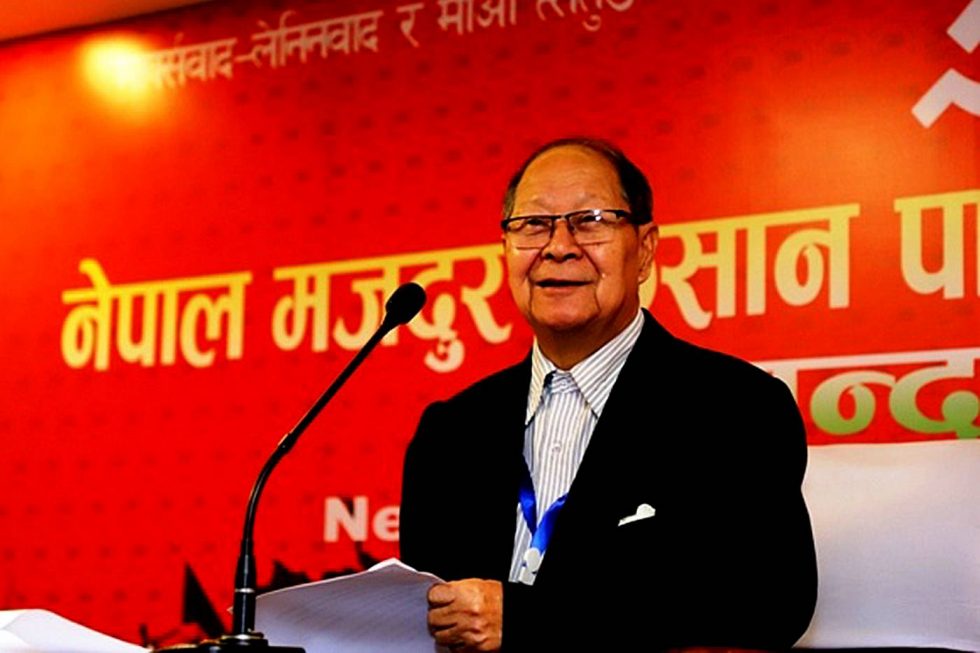 Bhaktapur: Chairperson of the Nepal Workers and Peasant Party, Narayanman Bijukchhe, has said Prime Minister KP Sharma Oli saved the nation from a big crisis by dissolving the House of Representatives.

Bijukchhe asserted that the move taken by the PM was appropriate and all should go for fresh mandate without protesting it.

Talking to RSS reporter Ramesh Giri about the present political scenario, he opined, “The PM’s move has prevented the country from turmoil. A new party will emerge if the party splits, but what to do if the nation disintegrates? PM Oli has saved the nation from disintegration. Coming days are however riskier and the game is still on. So, people should be aware of it.”

It is wrong to say the PM did ‘coup’, he said, making it clear that the game of seizing power through state revolt and military rebellion is the ‘coup’. Chairperson Bijukchhe further said PM Oli actually frustrated the ‘coup’.

According to him, it was the machination of outside power to play against the President and PM of an around two-thirds majority government. “PM Oli became aware of it and he should be more aware of it,” he added.

The 82-year-old Bijukchhe said, “The present situation was surfaced after Oli took the stand to take back the country’s territory encroached by India.”

Saying there was no alternative to go for election for a fresh mandate, the octogenarian leader laid emphasis on holding an election in a free and fair environment on the slated date.