Decision to dissolve the House of Representatives to take fresh mandate of the people : PM Oli 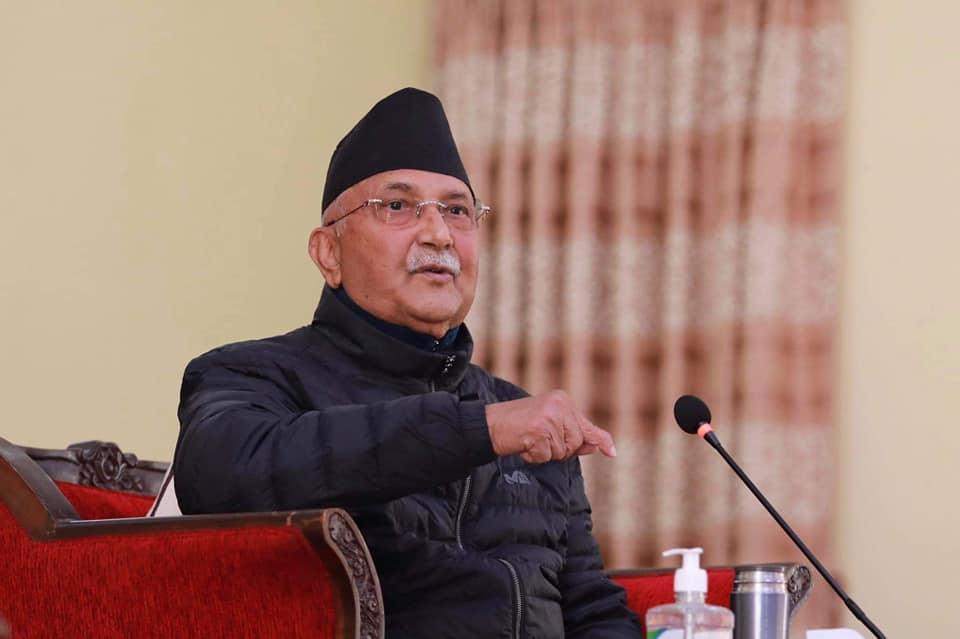 Kathmandu: Prime Minister and CPN Chairman KP Sharma Oli have said that he has taken the decision to dissolve the House of Representatives to take fresh mandate as there is no other option to save the future of the party due to obstruction in every work done by the government.

Addressing a gathering of members of the dissolved House of Representatives at the PM’s residence in Baluwatar today, Prime Minister Oli said that some of the leaders of the party had always obstructed the work of the government by forgetting the mandate given to the party by the people.

He said that although he was active in achieving the objective of forming a great party in terms of ideas, organization, and destination, other leaders including Chairman Pushpa Kamal Dahal and Madhav Nepal were not on the path of peace by cooperating with the government.

Prime Minister Oli said that the dissolution of the House of Representatives was not his personal choice and there was no other option to save the party’s movement and future.

He said that since the formation of the government, every step taken to make the country prosperous and make the people happy has been thwarted by personal interests from some of the leaders from the party itself.

Prime Minister Oli instructed the members of the House of Representatives to prepare for the election by focusing on their respective constituencies.

During the meeting, Prime Minister Oli said that the meeting to be convened by another chairperson Pushpa Kamal Dahal Prachanda would not be in line with the rules and procedures, adding that the next strategy would be decided based on the activities of Prachanda.

Minister for Industry, Commerce, and Supplies Lekhraj Bhatta spoke on behalf of the ministers.

Home Minister Ram Bahadur Thapa, who was also a member of the secretariat, did not attend the meeting.