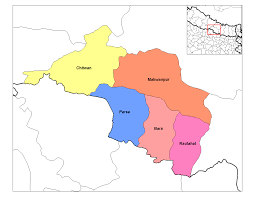 It may be noted that public complaints were registered at the district administration against the two hospitals for charging high costs in conducting PCR test breaching the government-set norms of Rs 2,000 for the same.

Acting on the public complaint with evidence and preliminary investigation, the district administration had grilled the government-owned BP Koirala Memorial Cancer Hospital and Chitwan Medical College for imposing exorbitant costs on the clinical test.

It has been taken a rare incident for the government to slap action against the public hospital in a case of charging high in a breach of the stated costs. According to Assistant Chief District Officer Netra Prasad Sharma, the office had issued an order to remand hospital’s executive director Dr Dejkumar Gautam for further investigation.

Sharma shared that Dr Gautam was released on bail of Rs 800,000 with the order of Chief District Officer Narayan Prasad Bhattarai. Gautam had deposited his private money for release.

The administration had enquired the board members of the Chitwan Medical College two months ago in the same case. Sharma informed that they were released on bail of Rs 1.8 million.

Investigations were conducted following registration of complaints that both the hospitals charged over Rs 500 than the government stated costs in carrying out PCR test of COVID-19, Sharma said.

A case of Social Offense and Punishment Act, 2032 was registered against the authorities of the hospitals and action process was taken ahead accordingly. In course of grilling, the operators of both hospitals had admitted charging high in undertaking PCR test.

Meanwhile, the Chitwan National Park has arrested seven persons for killing spotted deer in its buffer community forest zone. The national park apprehended them while they were eating the flesh of eagle.
Among the arrested are Shuk Bahadur Darai, 49, Chandra Prasad Darai, 42, Deepak Darai, 28, Santa Kumar Darai, Buddhi Bahadur Darai, 60, Sukmaya Darai, 28 and Shanti Daarai, 50. The CNP had arrested them with 30-kg flesh of spotted deer.