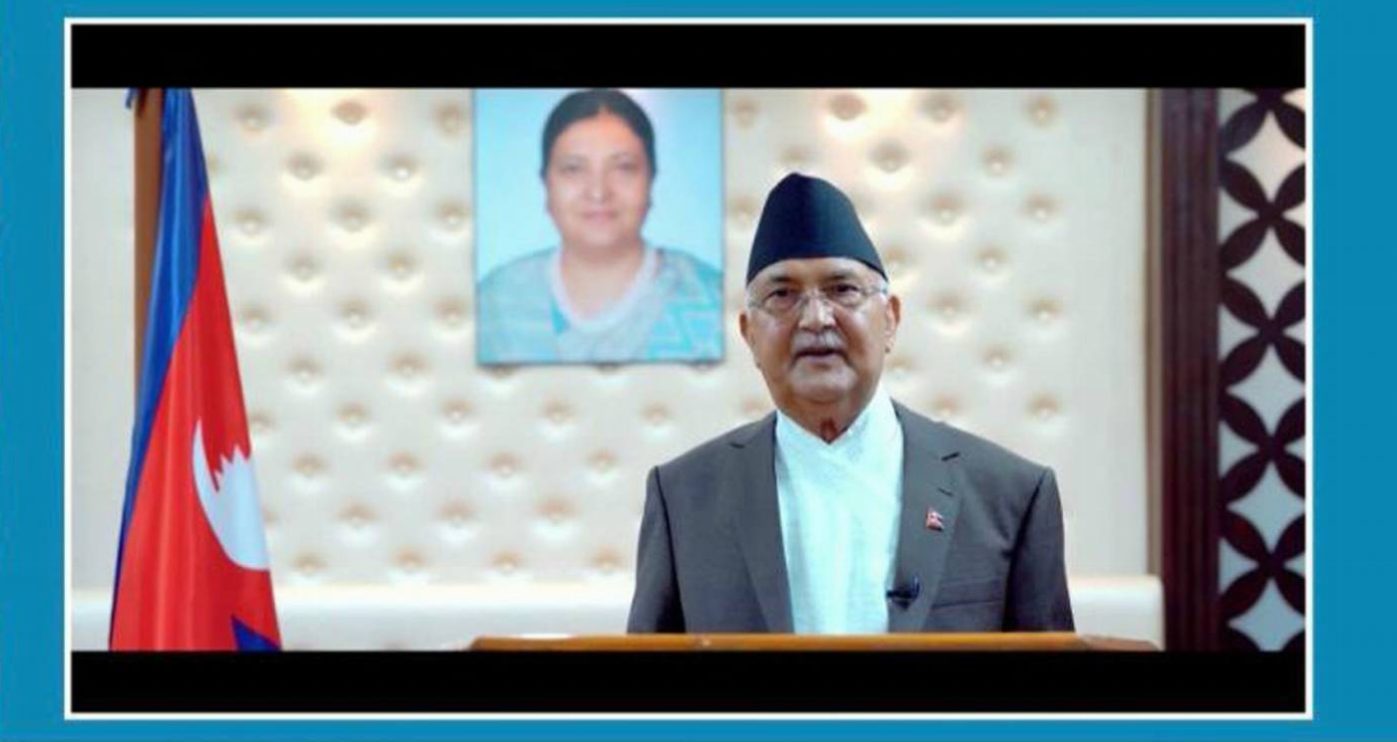 Kathmandu: Prime Minister KP Sharma Oli has asserted that it was the duty of the academic sector to seek solutions to the problems emanating from ongoing COVID-19 pandemic.

Virtually addressing the 35th academic assembly of the Nepal Academy here today, PM Oli said that it was the duty of the present generation to preserve the cultural diversity and wealth of knowledge of Nepal which is the cradle of an ancient Vedic civilization.

Stating that every sector had their important role in achieving the national goal of ‘Prosperous Nepal, Happy Nepali’, he argued that it was the duty of academic agencies to raise consciousness and inner-wisdom of humans, and lead the society meaningfully.

Citing that there were many unwritten epics still lying hidden in many corners and crannies of Nepal, and many discoveries and inventions that haven’t yet seen the light, the Head of the Government expressed his exuberance over the Nepal Academy’s plan to publish ‘Nepal Darpan’, a book that he said would introduce Nepal and Nepali authentically.

He viewed that initiation of converting the house of Great Poet Laxmi Prasad Devkota into a national museum had started a new academic culture of honouring the senior litterateurs. The PM pledged the continued support of the government towards such endeavours.