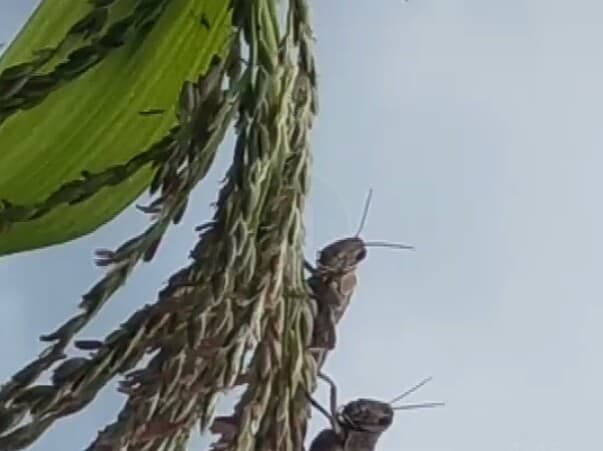 The locust invasion has occurred again in the district. Swarms of locusts can be seen in almost all parts of the district.

The people in the district began scaring locusts by beating plate and tin to save the maize crops. However, the farmers are worried much after their attempts to scare vermin is not that effective.

They also applied smoke making a fire in the maize fields but in vain. Bhoj Bahadur Basnet from Pyuthan Municipality-1 said they were not able to chase away the locusts come in the number of hundreds of thousands. Rice, maize, and vegetables are damaged by it. “The crops are almost blanketed by the locusts. Our efforts failed to save the crops,” he shared the plight.

All 10 wards of Pyuthann Municipality have witnessed the locust invasion.

The people in the district have been worried over a possible shortage of foods after the locust damaged millet and maize crops amid COVID-19 lockdown. They demanded the government that it provided relief materials to the farmers after ascertaining the loss.

KMC scouting for a site to manage biodegradable waste

541 cases of dengue confirmed in Karnali