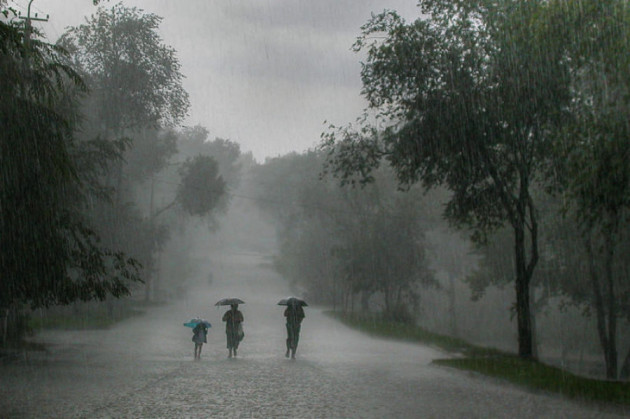 Kathmandu : Monsoon that entered Nepal some days ago from the east has become active across the country.

The Meteorological Forecasting Division says rain is predicted across the country for the coming fays. It urged all to stay safe as the rain, landslides could occur and rivers could be flooded; and road and airway obstructed in the areas.

With the onset of the Monsoon, the Arun River has been partially blocked by the landslide at Oyang of Makalu Rural Municipality Wards 2 and 5 in Sankhuwasva district, which lies in the eastern part of the country.

Deputy Superintendent of Police Nawa Raj Malla  said an approximately 300 meters wide artificial lake has been created after the water accumulated following the blockage of the river.

The police have asked settlements around the river, Arun III hydropower project site, Heluwabesi, Chewabesi and Manakamana to stay safe and adopt alertness.

Meanwhile, a driver who was injured after being buried in a landslide while driving a jeep at Ghurkot rural municipality-3 in Gulmi district has died.

Pradip Pun was seriously injured and was receiving treatment at Sandhikharka hospital.

Ramesh Rana, who was injured in the same incident, has recovered and returned home.

The accident took place on Saturday, when a jeep was buried by a landslide that fell upon their vehicle.