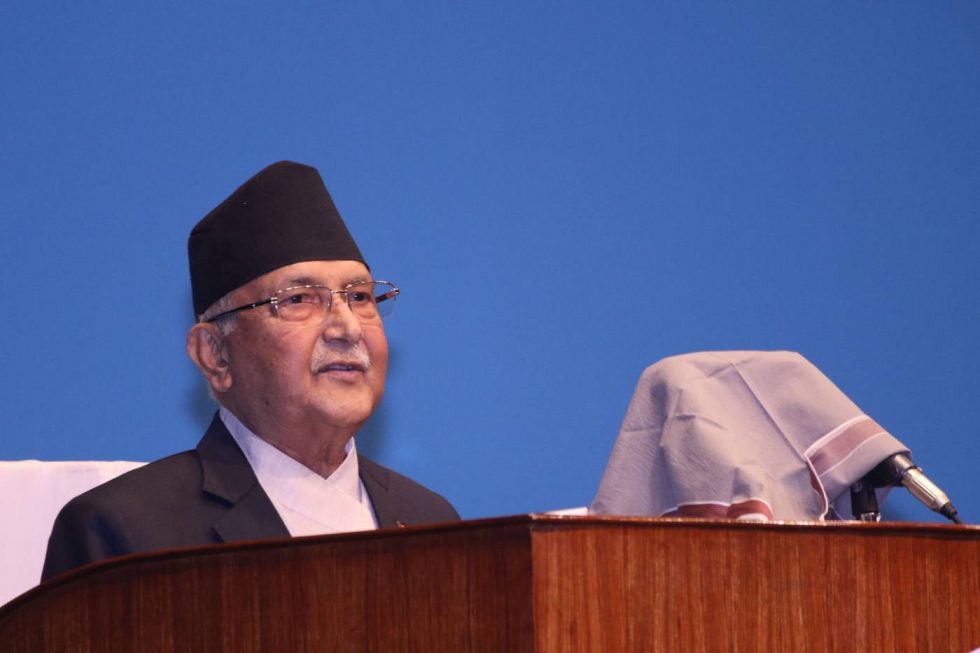 Prime Minister Oli said he was overwhelmed by the feeling of proud because of the unprecedented unity for nationalism shown by Tuesday’s house meeting.

Answering the quarries raised by lawmakers in the House, Prime Minister Oli expressed a profound feeling of pride towards the unprecedented unity for nationalism shown by yesterday’s house meeting.

The Prime Minister expressed his belief that the national unity has empowered the nation for deepen the nationalism and fight against the COVID-19 pandemic.

All the political parties representing the House of Representatives had unanimously laid their support for the constitution amendment proposal presented by Minister for Law, Justice and Parliamentary Affairs Dr Shiva Maya Tumbahamphe, in Tuesday’s house meeting.

Prime Minister Oli said that the constitution amendment bill will be approved on the basis of consensus among the political parties.

Prime Minister Oli also informed about the contemporary issues including the government’s efforts to combat and contain the COVID-19 infection.