November 21 : President Bhidya Devi Bhandari has administered the oath of office and secrecy to the newly appointed Ministers today. 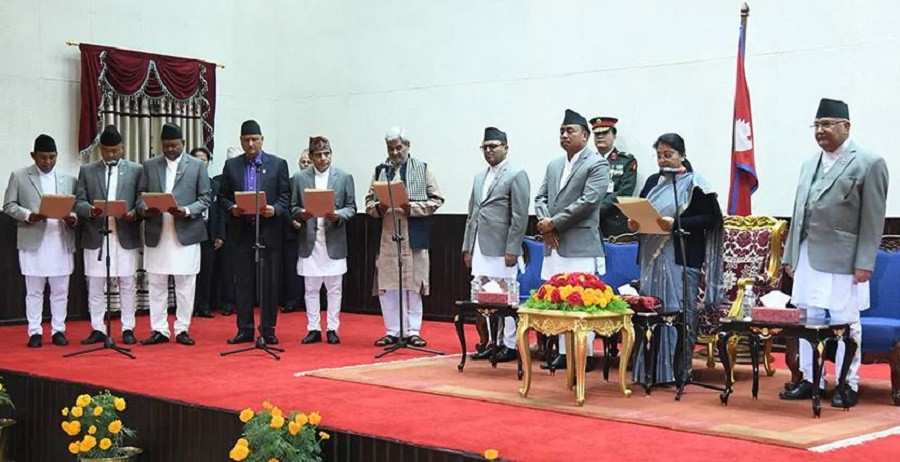 Likewise, on the Presence of President Bhandari, Prime Minister KP Sharma Oli, administered the oath of office and secrecy to the newly appointed ministers for state namely,  Moti Lal Dugud, for  the ministry of  Industry , Commerce and Supplies, Nabraj Raut  for the Ministry of  Health and Population,  and Ram Bir Manandhar for the Ministry of   Urban Development.

Underground electrification to kick off in Bharatpur soon

Saptakoshi Municipality-4 inundated due to collapse of Chandra Canal

Need of an integrated commission highlighted for inclusion promotion