October 7 : People have thronged the temple of Taleju Bhawani at Kathmandu Durbar Square area since this morning to pay homage to the goddess on the occasion of the Maha Nawami, the ninth day of the 10th-day Bada Dashain festival. 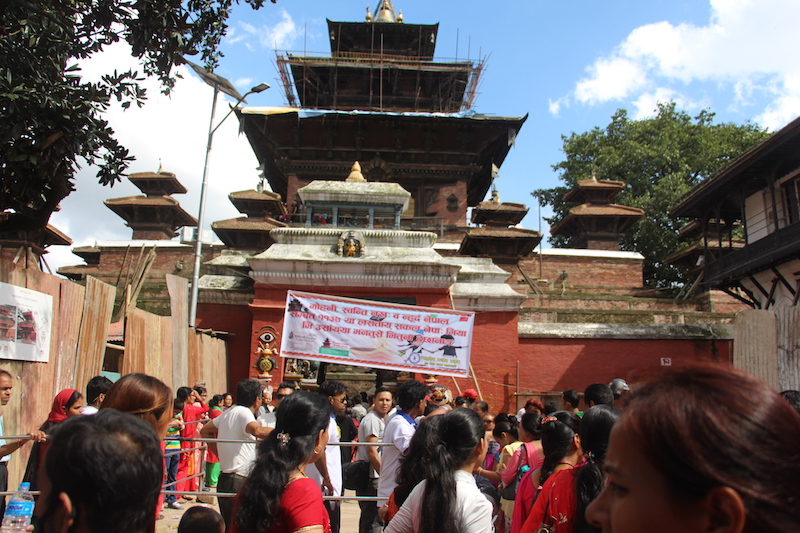 The temple is opened to public only once in a year. Prayers, worshiping and animal sacrifice are taking place in the temple. Arrangements have been made for devotees to enter the temple from two routes: one is from Indrachowk and another is towards the New Road area.

The temple built during the Malla era was damaged by the 2015 April earthquake and it is being rebuild. Other historic monuments and temples remaining in the area were built in a period between the King Ratna Malla and Prithvi Bir Bikram Shah.

The temples of Jagannath, Shiva-Parbati, and Kal Bhairabh, Maiju Dewal, Kumari Ghar, Basantapur Durbar, Gaddi Baithak and Kastamandap are other important heritages located in the area. –