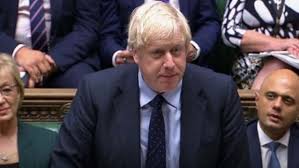 September 5, Boris Johnson will seek to trigger a general election later if Labour and rebel Tories succeed in blocking a no-deal Brexit on 31 October.

At Prime Minister’s Questions, he challenged Jeremy Corbyn to put his policy of “dither and delay” over EU withdrawal to the British people.

Mr Johnson needs the support of two-thirds of MPs to trigger an election.

Labour has said it won’t back a poll until a Brexit delay is secured but its MPs are divided over the timing.

Meanwhile, No 10’s decision to expel 21 Tory MPs for defying the party whip yesterday continues to causes recriminations in the party.